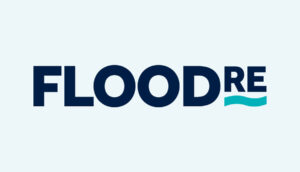 Following a UK government announcement on the 1st February 2021, Flood Re has welcomed plans to consider proposals made to provide further support for flood resilience measures, including changes to the reinsurer’s own operations.

A consultation was launched shortly after in response to widespread flooding caused from Storms Bella and Christoph.

The proposed changes, first announced in Flood Re’s QQR Review in July 2019, include giving the government and Flood Re themselves the ability to offer discounted premiums to households that have fitted flood resilience measures to their property, such as airbrick covers or non-return valves at their own cost.

The changes would also permit the payment of insurance claims to include an additional amount to help householders rebuild in a more flood-resilient way, an initiative called ‘Build Back Better’

These amendments will improve the effectiveness of the Flood Re scheme, which is due to transition out of the market by 2039.

Andy Bord, chief executive of Flood Re, says: “I am delighted that the government is bringing forward our QQR proposals to consultation.”

“The changes proposed should help build a more resilient housing stock by increasing the uptake of property flood resilience adaptations and address the increasing threat of flooding resulting from climate change.”

“I encourage all relevant parties to join us in contributing to the consultation and hope that the proposals get the strong support we expect for the benefit of flood-prone communities across the UK.”

What is Flood Re?

Flood Re is a reinsurance company, which means it enables insurance companies to insure themselves against losses because of flooding. Unlike other reinsurance companies it is a not-for-profit fund, owned and managed by the insurance industry, and it has been designed to address a specific issue for a specific period. Flood Re’s aim is to promote the availability and affordability of flood insurance to those who own and live in properties in flood risk areas. Establishing it required Government legislation and it is the first scheme of its kind anywhere in the world.

It is expected around 350,000 properties will meet the eligibility criteria and benefit from Flood Re, but there is no cap. This figure represents about 2% of eligible UK households.

For full details on the elegibility criteria, click here.

GSI Insurance Services (Southern) Ltd. are specialists in non-standard property insurance, which includes assisting clients who have either suffered flood in the past, or are living in an area considered to be of high risk. We also have access to a number of insurers who are part of the Flood Re scheme. Give us a call on 0800 612 9376 or click “Get a Quote” to complete our online form, and we will do our best to assist you.