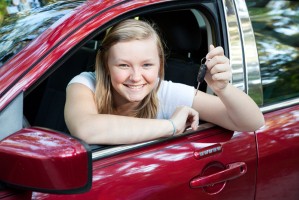 (& why is car insurance so expensive for young drivers?)

If you’re reading this, chances are you or someone in your family has recently passed their driving test. From all of us at GSI Insurance Services (Southern) Ltd., we would like to say congratulations on such an incredible achievement, and best of luck with your newly found freedom.

Here are a few helpful tips before your first ventures out on the roads:

Your provisional licence will be taken by the examiner and sent off to DVLA, and you will receive your new Full UK photocard licence in the post a couple of weeks later. You will be given your test pass certificate, which you can use to prove you are allowed to drive if you are stopped.

The card gives you useful information, such as when it expires, the date you passed your test, and what classes of vehicles it entitles you to drive. It also contains your driving licence number, which you can use to search for further information online, such as any convictions you may receive in the future.

A number of insurers check your driving licence information online these days, so when searching for insurance it is worth having your photocard handy to provide them any information they need.

Driving alone or with passengers

Being one of the first in your friendship group to pass your test can make you very popular, and a chance for those still waiting to spread their wings and experience the same level of freedom you now have. Don’t rush when it comes to offering out lifts to others. Passengers will very rarely sit quietly, and if they aren’t old enough to start learning to drive themselves yet, for example, may not realise how important it is to have your wits about you when you’re behind the wheel. It is worth making sure you’re completely comfortable getting yourself from A to B first.

Chances are, you will have practiced the bulk of your driving in your instructors’ car, which is often set up in such a way as to make it as easy as possible for you to use. Getting into your own car, whether brand new or second-hand, will probably feel unfamiliar to you, and part of any car is learning about how it performs in certain situations. In the past, if you struggle with a start, or a junction, or when to change up or down the gears, you’ve had an experienced driver with you to guide you.

Also on a provisional licence, you weren’t able to drive on motorways. It may be worth either considering a PassPlus certification, which gives you the opportunity to drive in some more challenging conditions. Another option is to have an experienced driver come with you on your first outing, just to give you some pointers on how to negotiate the multiple lanes. You can also fall back on the knowledge your instructor would have given you when changing lanes on a dual carriageway. The same rules apply here and remember that traffic coming from your right is likely to be moving faster than you are.

Whether on your own or with friends, don’t be tempted to show off.  While a car will usually give you a clue that you’re driving close to the limit before you spin out or miss a corner, for example, if you’re new to driving and to the car itself, you may not pick up on those clues until it is too late. Keep within the limits of your own abilities, the capability of the car, and the law to give yourself the best chance to earn No Claims Bonus, which we’ll come to in the future.

Why is car insurance so expensive for young drivers?

Insurance is in its simplest form an assessment of risk. This means the insurer looking at the likelihood of the driver having an accident and a claim needing to be made. In the case of young drivers, insurers will in part be taking into account the individual’s age and driving experience when examining the statistics and making a decision.

According to the road safety charity Brake:

Based on this evidence, it is easy to understand why insurers expect that young drivers represent a higher risk, a greater likelihood of their being involved in an accident, and charge a higher premium for insurance coverage as a result.

Is there any way around it?

Earning your first year of No Claims Discount is key. This will automatically grant you between 30-40% discount depending on the insurance company. This, along with becoming a year older, and gaining a year of experience on your licence will have a huge impact on your second year of insurance. Therefore, taking our advice into account and keeping your nose clean for at least the first year is huge.

It is also worth contacting a specialist insurer, who will have schemes tailored to making things more affordable for new drivers, such as learner driver schemes and black box insurance policies. Give us a call at GSI Insurance Services (Southern) Ltd on 0800 612 9376, as we have a number of options to save you money as a young driver.